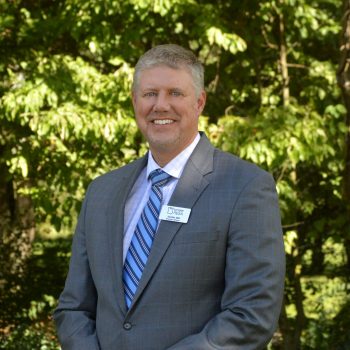 Justin Old is responsible for coordinating the numerous departments and agencies of Pioneer RESA to support the work of the region’s 15 school systems and four public colleges. His focus has been to assemble and lead a team of experienced, knowledgeable, and energetic individuals to effectively meet the diverse needs of Northeast Georgia’s schools.

Mr. Old earned his BA degree from Limestone College in 1996, his M.Ed. from Tennessee Tech University in 1999, and his Ed.S. degree from Lincoln Memorial University in Harrogate, Tennessee in 2007. Mr. Old grew up in Franklin County and is married to Karrie Waller Old. They have two children that attend high school. The Olds attend Poplar Springs Baptist Church in Lavonia, Georgia. The Olds lived in Smithville, Tennessee before moving to Lavonia and then to their current home in Rabun County.